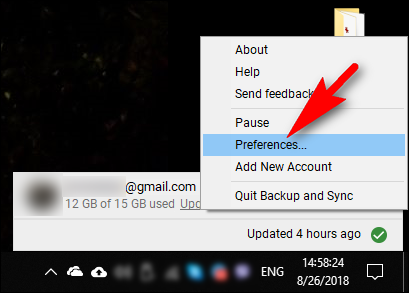 There is no problem with freeing up the device folder on your Android and almost no problem with clearing internal storage on your Apple device. But many of you don’t understand how to free up space on Windows 10 PC and not to delete photos and videos from Google Photos. And you are shaking from the mere thought that when you delete photos from a PC they will be lost from Google Photos! Let’s find out how to arrange the things the right way.

Backup and Sync from Google is quite a raw app. It is a fresh app that came to replace the two old programs for PC at once – Google Drive and Google Photos. Backup and Sync contains some awkward drawbacks making users stuck on configuring the app. Let me tell you about my situation.

I have a photos archive on my hard drive. It is located in Pictures\Camera Roll\. I prefer splitting the archive into years. That’s why in the Camera Roll directory I have sub directories named 2018, 2017, 2016, etc. A few days ago I had to roll back my Windows 10 to the previous state using Aomei Backupper because the OS worked not perfect. As it turned out, the backup did not contain Backup and sync for some reason. So I downloaded the latest version and installed it.

When I launched the program it applied some settings from its previous installation. In such a way the parent folder named Pictures appeared in the list of synced directories. I hate when Google’s Backup and Sync rechecks all my photo archive each time I boot (or reboot) my computer I decided to add only the folder with the latest photos to sync. And when I unchecked the “Pictures” folder in the Preferences and tried to add only ‘2018’ the program told me “Something went wrong: Can’t add path “C:\Users\tunecomp.net\Pictures\Camera Roll\2018″ because its a sub-folder or a parent of a folder that’s already been added”. Even if I tried to uncheck the parent directory the app still reported that error. Here is how to resolve the problem!

Starting with version 54 the Opera browser will show you news feed right on the Speed Dial page. It will be displayed under your favorite websites tiles. You can select news among various categories (arts, business, food, health, technology, etc) and definitely find something interesting for you because Opera will show you local content from your particular area. If you enjoy those suggestions leave everything as is. But we will show you how you can get rid of the news feed on the speed dial page of your Opera in a few clicks of a mouse if you it gets you annoyed. This can also be quite useful on slow computers. 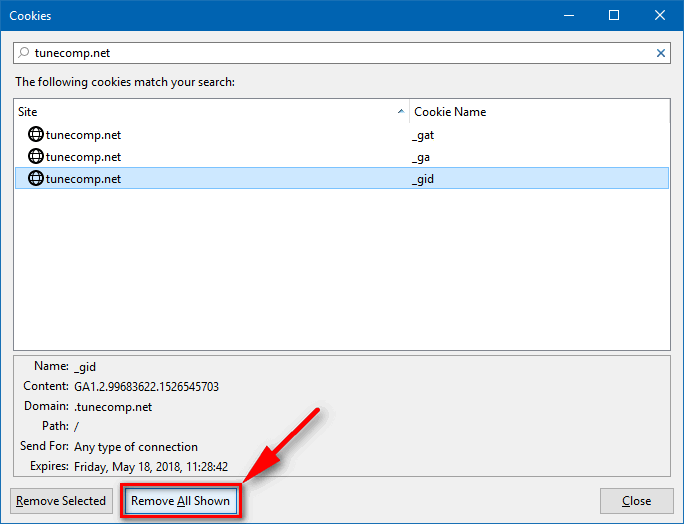 When you visit a website in your browser it stores cookie files in a temporary folder on your computer. As you may know, they serve for your browser to “remember” what pages you visited and what action you did on that particular website. For instance, you don’t have to put in your username and password each time if you keep cookies. All browsers have an option to clear cookie files – you click on a button and all of them are being deleted. But here is how you can delete cookies for a specific website in Mozilla Firefox without affecting the others. 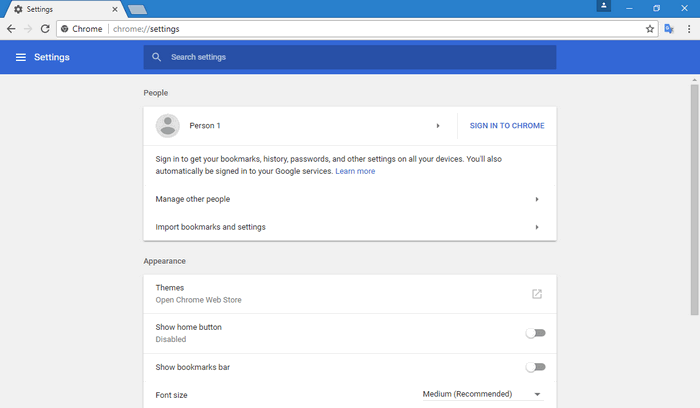 When I type powercfg -hibernate on in command line I get error: Unable to perform operation. An unexpected error (0x65b) has occurred: Function failed during execution. Why? How to fix it? I need to turn on hibernation in Windows 10.