Who Cares About the OS Version?

The obvious answer is because you may want to make sure whether or not everything works well in terms of the system updates: find out whether they are blocked or installed normally (that fixes vulnerabilities) which at the end of the day affects the security of your Windows PC.

On top of that, newer Windows version always bring new features – why not use them? So let’s find out how to check if you are using the latest OS build or need to update your PC. You would be able to view the build number: Open the Windows file explorer (pressing “Win+E” on your keyboard is the quickest way).
On the “Computer” tab which should be active by default click on the “System Properties”

Now the Settings app should show up and you will see the OS build and version in the right part of the window: 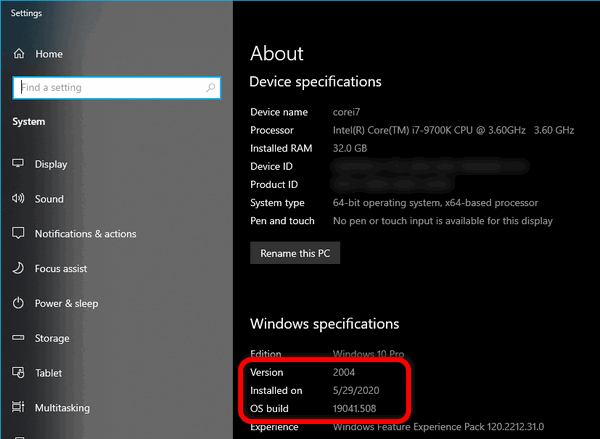 Find a value named CurrentBuildNumber and view the build number in the Data column: