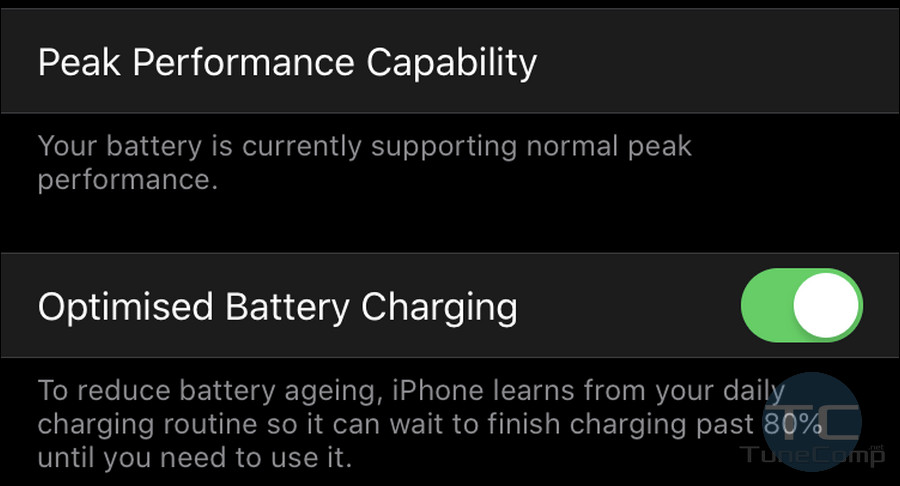 The Problem of Ageing Battery on iPhone

Your iPhone has a lithium-ion battery pack inside it that has a limited lifespan. As its charges/discharges count grow, its capacity becomes lower and lower and sooner or later your iPhone is no more capable of to develop peak performance. In some cases your iPhone can even shutdown unexpectedly due to power shortage.

As you might know the procedure of changing the battery is not a two minute operation. Thus, everyone wants to protect the iPhone battery so it will work longer and degrade as late as possible.

As tests show, batteries live longer if you keep them charged between 40% and 80%. Experts also say that charging the battery up 80% instead 100% can make it live 2 times longer as those 20% are extremely harmful and make your battery degrade rapidly. The most harmful cases are the following:

Optimised Battery Charging – How Does It Work?

And the new iOS 13 feature called Optimised Battery Charging helps you protect your battery by charging it to 80% to mitigate ageing and consequently make its lifespan significantly longer.

The optimizing feature works like the following. It is based on the knowledge that the overwhelming majority of people use to charge their iPhones during the night hours when they sleep.

So it smartly analyzes your charging patterns so after some time it knows when you usually connect and disconnect the power. Then it will charge your Apple device and stop at 80 percent until the time when you wake up and usually unplug the charger. If you don’t do that it will charge your iPhone to 100 %.

Follow the steps to enable Optimised Battery Charging on your iPhone:

Are you happy to have such a feature on your iPhone? What do you thing about it? Tell us in the comments! Good luck!