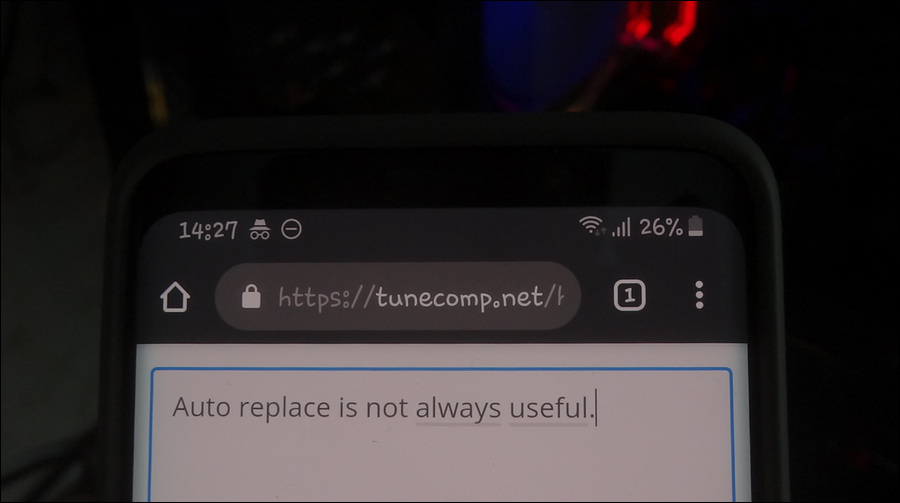 What’s the Problem and Why Disable It?

Automatic word replacement is a feature that is designed to fix typos on Android. In Samsung Keyboard app on Galaxy devices it is called auto replace.

It can be rather handy in many cases if you use the official language. But as soon as you start using slang chatting with your friends, you will likely face some frustrating moments.

The auto correction feature will replace the majority of spoken words with the “correct” words belonging to the official language that are similar in spelling. The program will simply think that you made a typo while you wrote that way intentionally.

Unfortunately you cannot disable auto-correction in keyboard for WhatsApp and Reddit app but leave it enabled for all other apps.

On Samsung Galaxy phones the Samsung keyboard is pre-installed by default. If you switched for another keyboard app you should read another article – for instance, how to disable the auto-correction in GBoard.

How to Disable Auto Replace in the Native Samsung Keyboard

Unfortunately, I failed to find the settings I need using the search in Samsung Galaxy’s Settings app on my Galaxy S9 running Android 9 Pie. Hopefully the developers will fix this drawback in future.

Thereby, follow these steps to disable the auto replace on your Galaxy phone:

Done! Since now on the auto correction won’t disturb you anymore.

Please, drop a comment to let us know why do you turn off auto correction on your device.