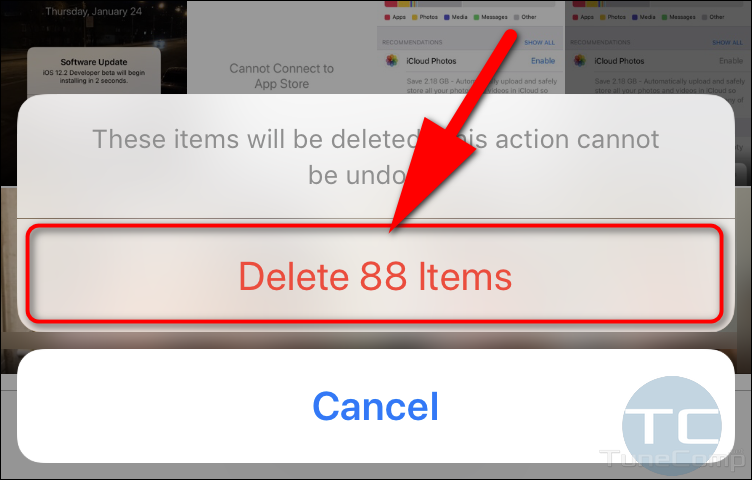 In this article I will provide two methods to permanently remove all deleted photos and videos and finally free up some space in your iPhone’s /iPad’s storage. All screenshots taken on iOS 12.

About Photos in iOS and iPadOS

Everyone knows that photos and especially videos are able to take a lot of space in your iPhone’s storage. And as soon as iPhone doesn’t support external memory cards the free space issue is often one of the biggest problems.

The thing is that every time you trash an image or video clip in Apple Photos or Google Photos you don’t actually delete these files from device but just move them to the “Recently Deleted” album.

This album acts exactly as the Recycle Bin in Windows but serves only for storing removed pictures and videos.

It means that tapping “Delete” in Photos or Google Photos app won’t free even a kilobyte of your storage itself until you empty the “Recently Deleted” album.

Keep in mind, that even if you use Google Photos as your primary app for managing images and videos, all items you remove will be stored in the Recently deleted album in Apple Photos.

And, one more thing: you will never be able to remove the Apple Photos app itself from your iPhone/iPad. So treat the last as an integral part of iOS.

In a few seconds you should see the text “All photos and videos kept in the “Recently Deleted” album have been deleted”:

Usually, I observe people around me using exactly this method despite it is at least one step longer compared to the previous one.

Here are the steps they usually perform:

Now you know how to correctly empty the Recently Deleted album and free up some space on your iPhone/iPad running iOS 12. If anything is unclear or you have something to add on the topic, feel free to submit a comment below!