Home » Android » How to Block Unknown (Private) Numbers on Android 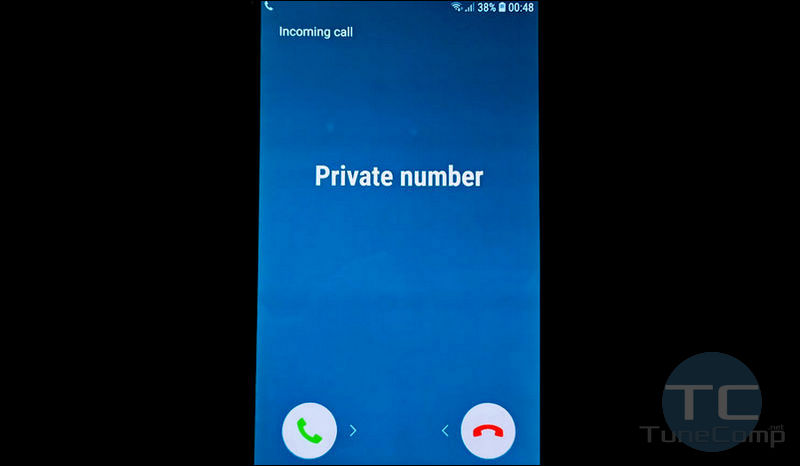 Here is our step-by-step guide on how to block annoying calls from unknown phone numbers on Android. Below you will find detailed guides on how to do this on various devices running different versions and ROMs including stock Android, OneUI, OxygenOS, EMUI, MIUI, etc.

The Problem of Spam Calls

As you might know, nearly a half of all incoming calls are spam nowadays. Telemarketers use various tricks to get to you: sometimes they change the phone number to a local one, another time they try to hide the number to make you curious about who is calling you from private number and answer. The only goal, as a rule, is to sell you some product or service.

In most cases it is reasonable to block anonymous callers, especially on your child’s mobile phone. In the latter case, you should do your best to protect children from the threats and evil jokes that often come from unidentified callers.

First of all, you should always remember one simple thing: if you get an incoming call and the number is hidden, the callers have certain reasons to stay anonymous.

Personally I never answer calls with “No caller ID” and try to block them if my current phone gives me such an option.

On different phones and even models you can see different naming of hidden numbers: “unknown”, “private”, “hidden”, “restricted”, “withheld”, “no caller id”. But they mean the same thing: the caller is trying to stay anonymous by not disclosing their phone number.

[Quick Navigation] How to block private and unknown numbers on:

Unfortunately, not all phone models are capable of blocking the calls from restricted numbers out of the box. It’s quite a nonsense when you can add a certain number to your black list but can’t do that for private numbers.

So, in some cases you will have to install a third-party call manager to do that.

Finally Google added great options allowing to get rid of Private and Hidden phone numbers in Google Contacts. Here is how you can ban unwanted callers on pure Android. Screenshots taken on Google Pixel running Android 10.

From now on all calls from “private” and “unknown” numbers will be automatically rejected.

In EMUI 10.1, 10, 9.1 and 9 the design of the phone is almost the same. So, you need to do the following to make your phone reject all anonymous callers:

In EMUI 8 things are a bit different. Follow the steps:

Unfortunately, there is no option to block unidentified callers in the Phone / Contacts app on OnePlus phones.

That’s why we advise to install the Contacts app by Google to make your phone auto reject all anonymous incoming calls. Check our step-by-step guide for details.

Block Calls from Unknown and Hidden Numbers on Xiaomi (MIUI 10)

Blocking unknown calls on Meizu phones is pretty similar. However, Flyme OS has a lot of options when it comes to filtering incoming calls. Do the following:

Here is how to block calls from private numbers on Vivo smartphones:

Select My device and tap on Call category:

Check the flag Unknown to add all unknown callers to black list:

Henceforth, all incoming calls from restricted numbers will be automatically rejected.

1 thought on “How to Block Unknown (Private) Numbers on Android”