What is Google DNS

Google Public DNS represents two servers with IP addresses for IPv4 – 8.8.8.8 and 8.8.4.4. 8.8.8.8 is the primary DNS, 8.8.4.4 is the secondary one. Google DNS service is free to use and can be used by anyone who has access to the Internet. You can use Google servers IP instead of such provided by your ISP to improve the resolve time and as well as your security.

Login to the web interface: Go to Network → WAN Setup.
Check the flag Use these DNS Servers.
Type 8.8.8.8 into the Primary DNS field.
Press Save.

How to switch to Google DNS on a Windows PC (laptop)

Right click on the network icon in the taskbar and click on Open Network and Sharing Center:

Click on your connection (or go to Change adapter settings and call for the connection properties): Switch the lower selector to Use the following DNS server addresses.
Specify 8.8.8.8 as the Preferred DNS server.
Optionally specify 8.8.4.4 as the Alternate DNS server (or just leave the field blank).
Click OK to save settings: 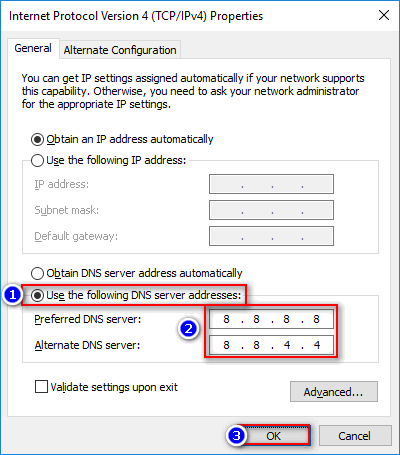 Then press Close → Close in the previous Windows.

Note! It is much more easier to set up Google DNS on a router rather then an Android device. It makes sense to set up 8.8.8.8 on Android only if your do not have access to router admin page (for example if the router is not yours). Press and hold on your network name (it doesn’t matter whether you are currently connecnted to it or not): Specify Google’s servers 8.8.8.8 and 8.8.4.4 as DNS1 and DNS2 respectively (you can fill only the DNS1 field and leave the second blank).
Tap on Save to apply changes to the network interface of your Android device: 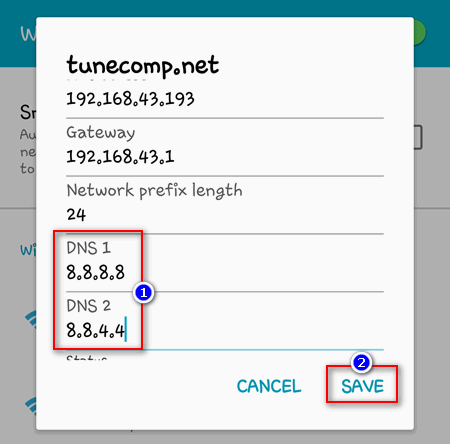 You may also use Google DNS IPv6 address on your PC:

How to Use Google DNS Servers on Cellular Data

For the concluding part of our guide we left one more curious and rather difficult task to talk about – how to use Google DNS when your iPhone or Android is connected to the Internet via mobile data. The thing is that you cannot manually change DNS servers for your cellular data connection the way we showed this in the previous paragraph concerning Wi-Fi. Because there is simply no field to manually enter at least the primary IP address – 8.8.8.8.

The answer is use a third-party app. Unfortunately, there is no such app by Google (we hope that they will release one in the future), so you are to choose between several third-party apps on Google Play Store. 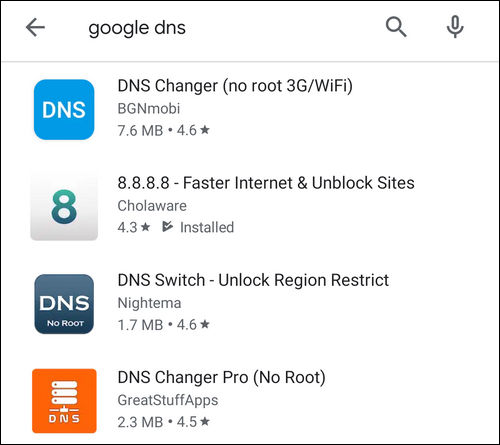 As a rule, they show you annoying ads until you pay money but nevertheless you can use them to actually switch your mobile data connection to Google DNS. Try some of them and choose the one you like.

Note that such apps work exactly as any VPN app. You can manually connect and disconnect VPN to start or stop using 8.8.8.8 DNS server respectively, or make it connect automatically on startup or reboot. 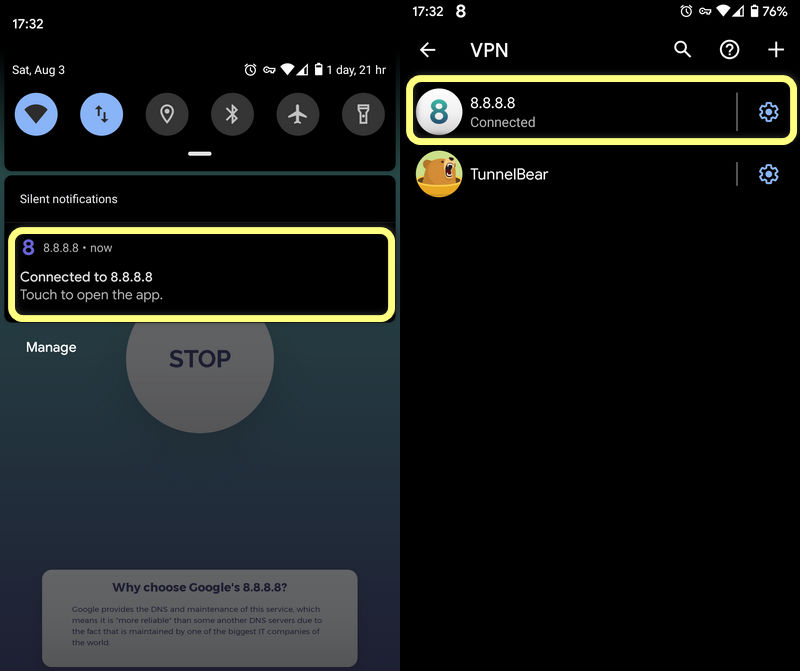 Firstly, if you found the topic interesting we encourage you to read Google’s guide for more details.

Secondly, we’d love to hear some feedback from you on the following questions:

Thank you in advance and good luck!